Versatility thy name is Ranveer Singh 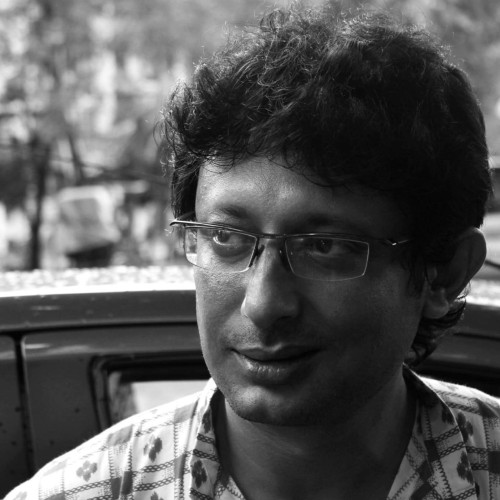 Kolkata: Bittoo Sharma is now Jayeshbhai! If you are confused, here we go – it’s tracing Bollywood star Ranveer Singh’s transformation or to be more appropriate, putting it succinctly – commendable journey as an actor that has seen him grow in leaps and bounds.

He was Bittoo in his debut Band Baaja Baaraat (2010) and cut to 2019, he plays the Gujarati simpleton, Jayeshbhai in Jayeshbhai Jordaar. The first look of the film produced by Yash Raj Films (YRF) which also launched Ranveer, is all over and what strikes you instantly is Ranveer’s adeptness at fitting into any character under the Sun. The film hasn’t hit the screens yet, but rest assured, Ranveer’s prowess to pull off anything will add another winner to his kitty.

For Ranveer Singh Bhavnani, son of a Sindhi businessman, these nine years have been witness to his catapult to the higher echelons in the film industry. Without doubt, if there is one actor in the last few years who has cemented his place as a star and an actor of the highest tier, it has to be Ranveer and make no mistake about it. It’s superstardom with a natural flair before the camera and on screen – that’s Ranveer for you.

In fact, he can easily slip into the category of a versatile actor, if we look at the kind of roles he has explored over the years. If Band Baajaa Baraat announced the entry of someone gifted who is in for a long run, Ranveer has continued to enthrall us with one portrayal after another – the deceptive Varun in Lootere, the intense but violent lover in Goliyon Ki Raasleela Ram-Leela, a coal mafia in Gunday, the suave Peshwa Bajirao 1 in Bajirao Mastani , the evil and lecherous Alauddin Khalji in Padmaavat, a corrupt inspector who eventually mends his ways in Simmba and finally the street rapper in Gully Boy – Ranveer has been on top of his game with each every role he has played so far.

Perhaps, no other contemporary actor has experimented to the extent Ranveer has and this is what stands him apart. And it is this ease at which he makes every character authentic that has made him the first choice for A-List directors. Be it Sanjay Leela Bhansali (Ram-Leela, Bajirao Mastani and Padmaavat), Ali Abbas Zafar (Gunday) or Rohit Shetty (Simmba) and Zoya Akhtar (Gully Boy) or the yet-to-be released Kabir Khan (’83), YRF’s Jayeshbhai Jordaar and Takht (Karan Johar), Ranveer brings a certain amount of authenticity to the table that earns him the confidence of his directors. When an over-meticulous director like Bhansali repeats Ranveer in three consecutive films, even his hard-core critics would have to sit back and marvel at the actor’s potentiality.

And his penchant towards diversification continues with his upcoming films. We have spoken about Jayeshbhai Jordaar and add to it Takht where he plays Mughal Prince Dara Shikoh and the sports drama ’83 in which he portrays the skipper of the World Cup-winning Indian cricket team in 1983, Kapil Dev. The film captures the triumphant journey of Kapil’s Devils to the pinnacle much to everyone’s surprise. Ranveer’s look as Kapil posing in the latter’s trademark Natraj style (playing the hook), has a striking resemblance with the former Indian skipper. And you can’t deny it!

Ranveer’s maturity as an actor reminds us of Akshay Kumar, who too went slow but steady with his career but now is a box-office darling. Both Ranveer and Akshay didn’t spiral to stardom with their maiden venture unlike a Hrithik Roshan who has had a sensational debut. Ranveer is somebody who would rather go for quality than quantity and this parallels him with the likes of Aamir Khan and Hrithik as well, who has won laurels with two variant subjects like Super 30 and War this year.

Propelling Ranveer to such heights doesn’t really tantamount to rubbishing the efforts of his peers like Ranbir Kapoor, Varun Dhawan and others. Yet Ranveer probably has stolen a march over them courtesy his choice of subjects. In fact, he is one actor who doesn’t really bother about the scale at which the film is made, rather he is more into the scope his role provides. And this is evident from the range of his characters that strikes a chord with us. With due respect, Ranveer is one actor who has dared to challenge himself in the true sense much like his actress-wife Deepika Padukone and to some extent, his Gully Boy co-star Alia Bhatt.

Ranveer not only guarantees box-office success, but his characters leave an indelible imprint on us. The guy is a complete combination of stardom and impeccable acting skills. He is special and even an iota of doubt about it should be thrown on the back burner.