Despite media censorship, the Congressmen are marching on with positive long-term implications on party functioning and performance in sight. Even if the Yatra does not bring immediate electoral success, it has at least shown the Congress workers that there is a world outside social media where the Congress presence can still be felt in full force 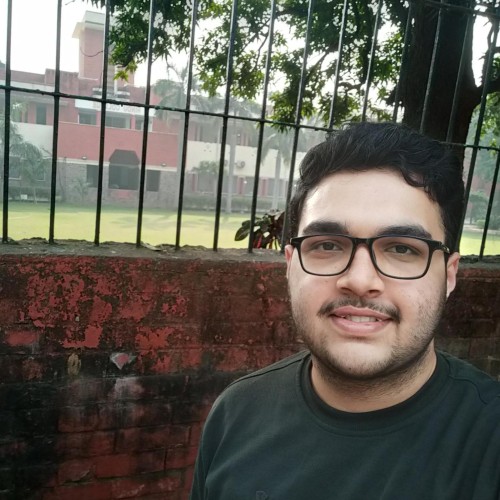 “Congress kuch karti nahi!,” “ Kaha hai Congress?” Such remarks constitute the general narrative that has encompassed the Indian political space for almost a decade. A party that has been decimated in all corners of the country, coupled with its eroding political acumen has inflicted heavy electoral losses to the party. The “Bharat Jodo Yatra” promises to cover a distance of about 3500 km within 150 days, that too on foot! Although this country has seen “Yatras” of all sorts, this one feels particularly special given the circumstances that led to its inception.

From tying a little girl’s shoelaces to walking hand-in-hand with party workers and the general public, Rahul and the Congress’ PR machinery are working round the clock to create a non-political narrative for the Yatra. At a time when the nation is riddled with communal tension, the Congress party has reiterated the fact that the sole purpose of this Yatra is to unify the country with their message of harmonious co-existence. A point that Rahul never fails to mention is the constant attack by the ruling party on the “Idea of India” and how the Grand Old Party strives to act as the guardian of this great nation and its people. “I have not come here to speak, I have come here to listen,” something which the Congress’ talisman mentioned at the beginning of this Yatra.

Although issues like soaring inflation and unemployment were the core issues which the yatra was supposed to raise, the initial phase of this journey focused on redefining the political acumen of Rahul and the Congress. The BJP’s social media wing has left no stone unturned over the years to discredit Rahul Gandhi as an immature and non-sensical politician who does not have credible leadership skills to lead his party or the country. But Congress’ attempt at redefining “Brand Rahul” has surely had a positive impact.

The powerful image of a rain-drenched Rahul Gandhi continues to address the people who stood under the belting rainfall to listen to their leader. Such images are helping the narrative being put forward by the Congress of Rahul being a staunch public figure who seems to have developed a sense of political maturity in recent times. His manner of interacting with fellow workers, senior leaders and most importantly the people who are so eager to get a glimpse of him has caught the media eye. Television media has always been at the centre of the Congress’ attack with party members alleging inadequate coverage of the principal opposition party. How often do we see public speeches, ‘dharnas’ or ‘gheraos’ carried out by the Congress televised? The answer is probably not so often when compared to the relentless TV onslaught of government events. The tide has certainly turned in the party’s favour with Congress finally occupying the media space daily, something which the party miserably failed at over the past 8 years.

The Presidential elections have also contributed to increased media coverage for the party. A party which comes under constant attack for being a safe haven for dynasts put on great pomp and show of internal democracy by electing its party president for the first time in over two decades. Ever since Sonia Gandhi entered active politics to arrest the Congress’ slump, the party has always turned to her The

The Yatra has evoked an extremely positive response in the states which it has traversed till date. Congress MP Rahul Gandhi has been drawing huge crowds in the Southern Peninsula which has galvanised the party’s ground-level organisation. The Southern corners of the country have always come to the rescue when it comes to a “Gandhi” looking for political resurrection. Indira Gandhi post her electoral drubbing in 1977 started her quest for redemption by winning the Chikmagalur by-election in 1978, Sonia Gandhi won her first major political battle when she defeated fire-brand BJP leader Shushma Swaraj in Belagavi in 1998 and her son managed to gain humongous support in the state of Kerala in 2019 while the party was wiped out across the “Hindi heartland.”

Humongous crowds do not necessarily get converted into gigantic electoral gains. There have been enough instances in the past which prove that crowds do not often convert into votes, the best example of this being Narendra Modi himself in certain state elections where the party fell short under his leadership. Despite this, people pouring into the ‘Padyatra’ in huge numbers does provide the party a much-needed boost in difficult times.

Marching in the right direction?

A major talking point over the past couple of months has been the route followed by Rahul and his team. In peak election season, the party’s supreme leader (although not officially) has side-lined himself from campaigning in two crucial BJP-ruled states. Although the party seems to have pulled up its socks in Himachal, it is difficult to comprehend the reason behind the Congress’ lackluster campaign in Gujarat. The Congress proved to be a tough nut to crack in the last election, riding off a rigorous campaign but this time the party’s nowhere to be seen. With the Congress banking on the mythical door-to-door campaign, the Aam Aadmi Party has made serious inroads into the electoral scene. The Congress refuses to acknowledge the threat posed to their status in Gujarat, banking on the fact that such third-party experiments have always fallen below expectations in the state. Having backed out of campaigning in the poll-bound state indicates the fact that his priorities do not necessarily “rest in the west.”

From the North to the South, the party is riddled with factions of all sorts. Such factions have grown stronger in the absence of a staunch central leader (a point highlighted by the alleged G-23 on numerous occasions). From climbing up a water tank with DK Shivkumar and Siddharamaiah to making Mr. Gehlot and Pilot dance hand-in-hand on stage, the Yatra is trying to project an image of unity across state units. Heavy infighting has already inflicted heavy electoral damage to the party and this yatra is leaving no stone unturned when it comes to putting on a show of unity.

Bearing in mind the fact that such on-camera antics only create a façade of unity as the problems are too deep-rooted to be resolved by a handshake. The central leadership has repeatedly fallen short of providing a feasible power-sharing solution to accommodate warring factions into the government. The “Manesar” episode was a prime example of a failed experiment of transition wherein an established regional force was to be replaced by a new face. Having initially saved face, the recent ruckus prior to the CLP meeting in Jaipur again reflects what is intrinsically wrong with the party functioning, i.e., prior planning and crisp execution. Ashok Gehlot unconditionally apologising for what many believed to be a rebellion of his doing does show that something has changed in the top brass. It will be interesting to note how the new President will resolve the issue, depending on if the issue will at all be resolved in any manner.

Madhya Pradesh too presents an interesting dynamic. The Yatra was flooded with effigies and banners of Kamalnath being projected as the face of the MP Congress throughout its course in Madhya Pradesh. Although Rahul’s yatra sailed smoothly through the heart of Central India, it might not prove to be enough to fill the vacuum left within the Congress’ space in the state. The high-profile departure of his staunch loyalist Jyotiraditya Scindia has left Rahul searching for a new face to build the party at the ground level, something which Kamalnath might find difficult to do given his age.

From the coast of Kerala to the sand dunes of Rajasthan, the Bharat Jodo yatra has traversed more than half of its designated route. Everywhere they go, the band of Rahul and his followers is greeted by humungous crowds. Even though the majority of the people showing up are party workers, retired government professionals, artists, activists and actors have also joined the Yatra at numerous junctures. They started with an aim to unite the country with messages of love and harmony and have left no opportunity to showcase their secular nature by visiting religious shrines and paying homage to social workers of the past and present. Despite media censorship, the Congressmen are marching on with positive long-term implications on party functioning and performance in sight. Even if the Yatra does not bring immediate electoral success, it has at least shown the Congress workers that there is a world outside social media where the Congress presence can still be felt in full force.