Explained: What is stopping BJP in taking action against the Hate Mongers within the Party 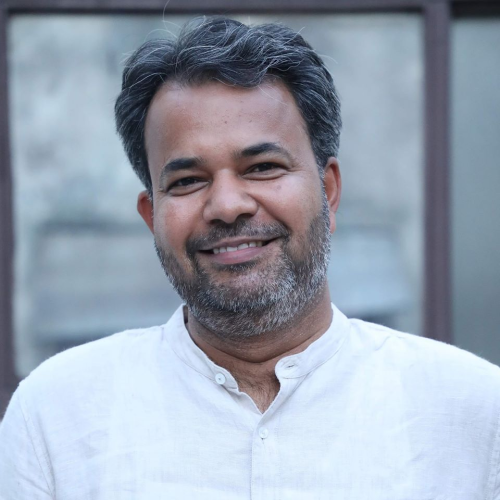 Ever since the declaration of the Delhi assembly poll results, several senior leaders of the Bhartiya Janata Party (BJP) have said that action should be taken against those who have indulged in hate speech before the said elections. They also attributed the defeat that the BJP had to face to these hate speeches made by the party members and leaders. The Union Home Minister, Amit Shah, while speaking at an event last month had confessed that hate speeches like ‘goli maro’ and ‘Indo-Pak match’ (referring to the Delhi elections) should not have been made by BJP leaders during the (Delhi) election campaign and that such remarks may have resulted in the party’s electoral defeat.

This was later followed by Manoj Tiwari, the party president of BJP’s Delhi unit, accepting in a recent conversation with the Indian Express that “(W)hatever the context, it was hate speech and our party had to face losses due to that.” Most importantly, both the leaders underlined that they condemned the speeches and that the party distanced itself from these remarks. Tiwari further said that “people who give hate speeches should be permanently removed.”  So far, however, no action has been taken in this regard by the party, despite these speeches leading to anti-Muslim violence in North-East Delhi. The violence in Delhi began on February 23, a few hours after BJP leader Kapil Mishra had delivered a hate speech in the presence of the police force. Instead of taking action or registering a case against him, he has now been provided ‘Y’ grade security by the union home ministry headed by Amit Shah.

As per the latest information, at least 47 people have been killed in the violence that has gripped the Capital. However, the actual death toll is expected to be higher. Ironically, a BJP leader and minister in Narendra Modi’s cabinet — Anurag Thakur, who had first raised the ‘goli maro’ slogan during the election campaign had recently said that, “strict action should be taken against those involved in the Delhi riots”. The slogan, meanwhile, has gone mainstream. It was recently raised by right wing supporters at the Rajiv Chowk Metro station of central Delhi. BJP workers had also raised the slogan en route to Amit Shah’s rally in Kolkata on Sunday.

There are two possible explanations to why the party has not taken any action against those who had indulged in giving hate speeches and spreading hatred against Muslims. The first and foremost reason is that it was not just limited to a few leaders (Kapil Mishra and Anurag Mishra) but the entire leadership, in fact the entire party machinery, that was involved in it. Acting against a select few would raise questions within the party and in all likelihood work against them. To this effect, it should be recalled that a day before the date of Delhi’s assembly elections had been announced, Amit Shah, while addressing a meeting of booth level workers of the BJP had said, “Do you want a government in Delhi which conducts riots?”

Even a cursory glance of the BJP’s election campaign shows us that it was filled with nothing but hate campaign against Muslims, and that not only was the party aware of it but almost everything was endorsed by them. The official social media accounts of the party was constantly used to spread rumours, fake news and misinformation. Amit Malviya, the head of the BJP IT Cell, was the fountainhead of fake news and communally charged messages as well. The party election campaign videos specifically targeted Muslims and those opposing the CAA and the NRC.

Another, and possibly more important reason to why the BJP has not taken action against the alleged hate mongers is that evidence suggests that political leaders who have indulged in hate-speech have been three times more successful in elections as compared to those without a criminal record. According to an analysis by India Spend (2016), as many as 70 members of Parliament (MPs) and members of legislative assemblies (MLAs) had hate-speech cases pending against them. And out of these 70, the highest number of legislators (28) belonged to the BJP.

The analysis which was based on the self-disclosed crime records (before the election commission) of candidates who contested various elections nationwide over the last 12 years (between 2004 and 2016), also tells us that as many as 399 candidates with “hate-speech” cases were fielded by political parties in various parliamentary and state assembly elections over the past 12 years. In this regard too, the BJP topped the list with 97 candidates.

The rise and rise of someone like Yogi Adityanath, whose political career thrives on hate speech and communal politics is another case in point. Any why just blame Yogi Advityanath. Amit Shah, who is virtually running the party and credited with making the BJP a national party in the real sense can often be seen and heard indulging in hate campaigns. There is no dearth of hate mongers in the party either. So much so that the most liberal face of the party and the former prime minister, Atal Bihari Vajpayee, is alleged to have indulged in hate campaign at least on three crucial occasions —   ahead of the Nellie massacre in Assam, before the Babri Masjid demolition, and in the wake of the anti-Muslim violence of Gujarat in 2002.

So given the political dividends and legacy of the party, it becomes almost impossible to act against the hate mongers as they are not just fringe elements within the party, as many would like us to believe, but constitute the mainstream and core of the party.